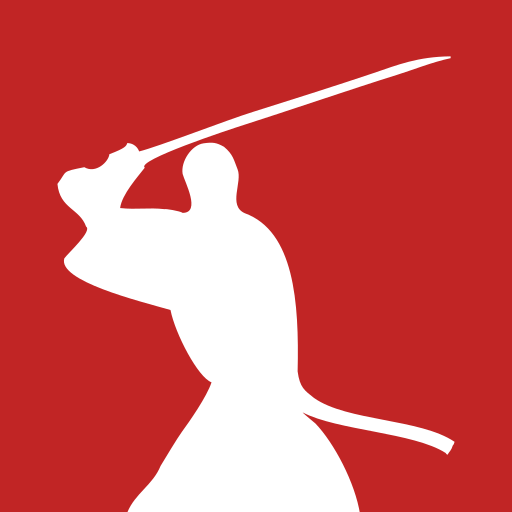 Samourai Wallet is a free and open source (FOSS), non custodial Bitcoin wallet software that focus on privacy and anonymity when interacting with the Bitcoin network. It is available as a mobile application compatible with Android devices and the package can be downloaded directly from the website under the name com.samourai.wallet or you can find it on Google Play.

During this post, we will be looking into the PIN authentication mechanism and the underlying cryptographic implementation that protects the access to the application.

In addition, the project is licensed under the GNU General Public License v3.0.

When I was testing the application and created a Bitcoin wallet, I noticed that a new seed (BIP39 12-word mnemonic) was generated together with a custom passphrase. Besides that, a PIN was chosen to unlock the wallet. The PIN is a number in the range of 5 to 8 digits.

However, everytime the app was started, the only requirement to access and fully control the wallet was to introduce the PIN number. This behavior lead me to think about the following questions:

To answer these questions we’ll dive into how the authentication and data encryption works on Samourai Wallet application.

The flow looks like this when starting the app for the first time: 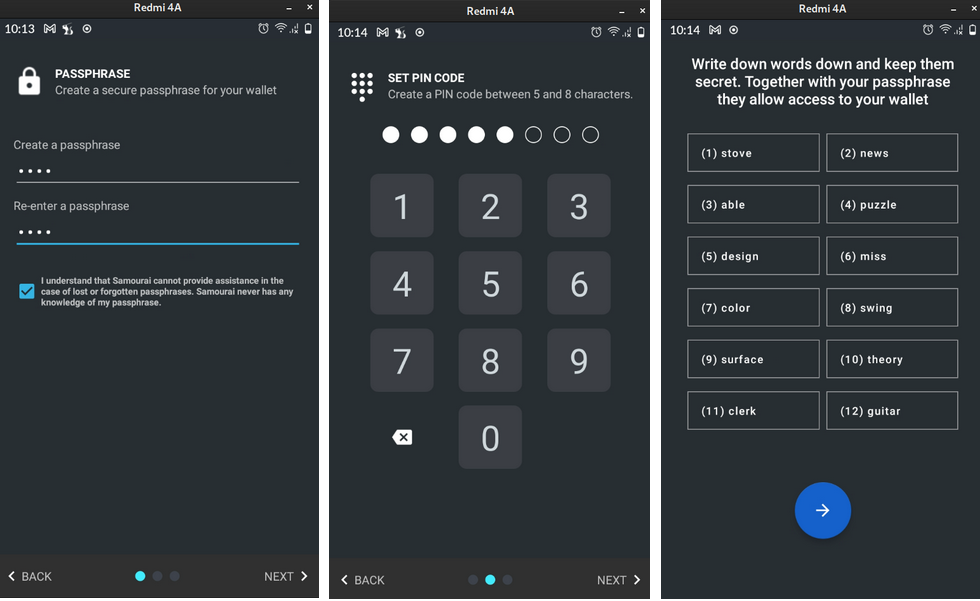 After completing these steps, the wallet is created and we may access it as well as perform transactions, configure Whirlpool and other several features provided by the app.

The first thing spotted was an error when introducing a wrong PIN while trying to login. The PIN will be the only requirement to use the application after creating or importing a wallet for the first time. 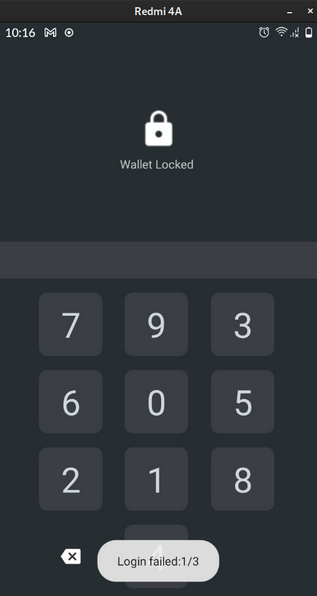 We only have 3 attempts to authenticate. After the 3rd failure, the application will reset to its original state and require the passphrase to be introduced in order to unlock the wallet.

However, the PIN failure counter is stateless because the number of attempts is not preserved (except in the memory during runtime). The counter is a variable that increments whenever the wallet decryption fails.

To bypass the 3 PIN attempts we can simply restart the application and the counter will reset.

How fast can we go if we intend to automate PIN testing? Testing each PIN one by one while restarting the app everytime is not feasible so we must find a way to automate this process.

Having a look at the source code:

Code snippet from com.samourai.wallet.PinEntryActivity class. The failures variable is just an attribute in the class.

To brute force the PIN we must replicate what the method PayloadUtil.restoreWalletFromJson() is doing.

Also, the PIN rules are defined in AccessFactory class:

This is not an astronomic number. In fact, the PIN requirements are not even complex enough to be used in authentication.

The key used to decrypt the wallet is passed as argument to PayloadUtil.restoreWalletFromJson() method and it is an object of type CharSequenceX.

To inspect what kind of value is being passed we can use Frida and hook that particular method to read the passed argument when calling. The following Frida script will leak the contents of key = getGUID() + pin:

Running the following command will produce the output:

According to AccessFactory.getGUID() method there are 3 versions of GUID (v2, v3 & v4). In this release, the version 4 is being used for GUID so we may have a look at FootprintUtil.getFootprintV4().

Having the GUID will allow us to concatenate an arbitrary PIN number and test every possible combination while trying to decrypt the Bitcoin wallet, but first, we must understand the decryption process.

Having a look at the driver method that decrypts wallet data:

From now on its pretty straightforward. By inspection we can assume it uses symmetric key encryption, in particular, AES-256-CBC. The version attribute has value 2 according to JSON object samourai.dat so it will call AESUtil.decryptSHA256() to perform decryption.

The method will create a new instance of KOpenSSL which is an implementation of cryptographic primitives in Kotlin and sets the value of DefaultPBKDF2HMACSHA256Iterations. In this case, PBKDF2 will force us to derive the correct key to use in decryption procedure by iterating 15.000 times (HMAC-SHA256).

Iterations have a computational cost, however, the current value is not significant enough given the weak password complexity (5 to 8 digit PIN number). For reference, 1Password software is currently using 100.000 iterations for key derivation.

In resume, the full decryption procedure is the following:

The main outcome of this research is that the current authentication & respective cryptographic implementation used by Samourai is insufficient to protect the Bitcoin wallets of thousands users that installed and use the application. According to Play Store, there are a total of 100.000+ installs.

In an event of mobile device theft, malware or even having the device seized by law enforcement will automatically put the Bitcoins at risk as it would only take approx. 111 million attempts to hit the correct PIN number.

Also, note that the provided PoC in Python is not optimized, at all, but it could be distributed to multiple machines in a divide & conquer approach and take advantage of concurrency, multithreading, etc.

We can estimate the required time to brute force all the PIN combinations using a simple laptop. If we can test 10 PINs per second, then it would take around 12 million seconds = 3333 hours = 140 days to test every PIN (worst case scenario, non-optimized code, low-end cracking hardware).

Do you think a thief wouldn’t wait a few days to sweep your wallet? Think again.

Not your keys, not your coins!

Introduction This week Microsoft released an update for CVE-2020-1350 (SIGRed), a Remote Code Execution vulnerability that affects Windows Server versions from 2003 to Server 2019. It was assig...